There is something about making decisions that trigger some sort of pleasure centre in the brain. It is even more so when 2 choices seem so inherently different that it sets no doubt in one’s mind that both options would lead to vastly different outcomes. If anyone is allowed to hop on any plane at the airport just by virtue of choosing, and the information board shows 2 destinations of interest departing at the same time, What would one do to find out which one is the best? Perhaps it is this power in apparent self-invention that makes decision-making so exhilarating and fearsome at the same time.
Posted on February 10, 2018February 10, 2018 Leave a comment 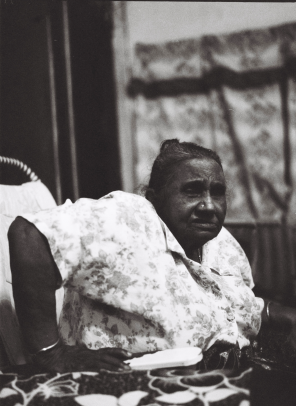 So dense is the silence in town, just a handful of crows inspecting footprints, breathing the stillness of air where the scent of fritters, just an hour ago, had been.

The hour then replaced by muffled drama and game shows, dinner now served in bowls, the watchers and eaters both no longer aware of the town behind them. Filtered by plane of perspex as strong as their will that says the wooden establishment is a home and home it shall be, and not a barber shop.

Because evening has fallen over Sungkai.

The Lady of Silk, our grandmother, having thus took her pardon from the world, took also away with her the mornings of this place. The burdened mornings when awoke to a town so strange. The mornings when one understands nothing outside; when all is only safe in the womb and connected by the umbilical cord, her form and presence speaks to our souls. That vibration and cadence we recognise as love, as mother, as Goddess holds us all in an air of amniotic dome.

But evening has fallen over Sungkai.

As she makes the final push, setting us on our own way in the world, relieved of womb and cord, the blood bond. For we have come to understand the world and know it, connect with it through sight and sound, and touch; so the Matriach goes on, devoid of worry for her children. A death, that is also a birth that sends her on to a new place, cared for by another, cherished and celebrated forever.

So, come. The peace of evening, fall over Sungkai. 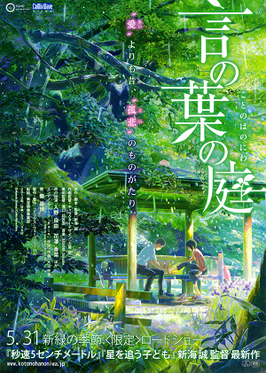 This 45-minute piece is a sterling example of conventional and ancient gender tropes on screen. It deploys the “Man Active/ Woman Passive” device beautifully. You can’t miss it, every turn in the story hinges on this trope, so reliably and demurely, to the point that the female protagonist feels more like pure device for the filmmaker to tell the boy’s story.

The story opens in just this way. Our boy Akizuki, takes the train to school, and when it rains, he would make a detour (active) to the garden near the station to spend time drawing shoe designs under a gazebo. On one such morning, our girl Yukino, is found sitting there (passive), drinking and eating chocolates, not talking, not reading, not waiting, just looking listless and melancholy in general. They made a pact to meet each other at the hut on rainy mornings, and each risks a little bit more to become closer to the other. Akizuki makes shoes (active), Yukino lets him use her feet for research (passive). That said, it is at this moment that we see a very short glimpse of Yukino taking some small initiatives in being nice, cooking for her rainy-day companion.

Akizuki later find out that Yukino is in fact one of his school teachers, fallen victim to bullying by her stronger students, allowed her reputation to be wrongfully tarnished and voluntarily resigned from her job (passive). That same night, Akizuki would challenge the students responsible for the rumours, would attempt punches but ends up having them (active).

With the new knowledge of who she is, he finds her once again in the garden, plot will have it that they get mighty wet and so having to dry themselves at Yukino’s house. Akizuki tells her that he thinks he’s fallen in love with her (active), she rejects indirectly, invoking her title as “teacher” to signal taboo of a love relationship (passive). When she had an epiphany and started giving chase, she found him on standing on the staircase landing, just looking at the rain. He then releases his entire load of feelings towards her, citing self-inadequacies, chastising her for living in her own world, in an attempt to take her on a guilt trip (active), which she, who not so long ago got hurt by scandalous rumour, seems only too delighted to accept, lunging forward to hold him in an embrace (passive).

The story is nonetheless poetic and at moments an ode to foot fetish, in a very tasteful way. However, it would seem to me that the filmmaker’s interpretation of this boy’s coming of age, is so tightly in focus, that opportunities to give Yukino a bit more human impulse and agency is missed.